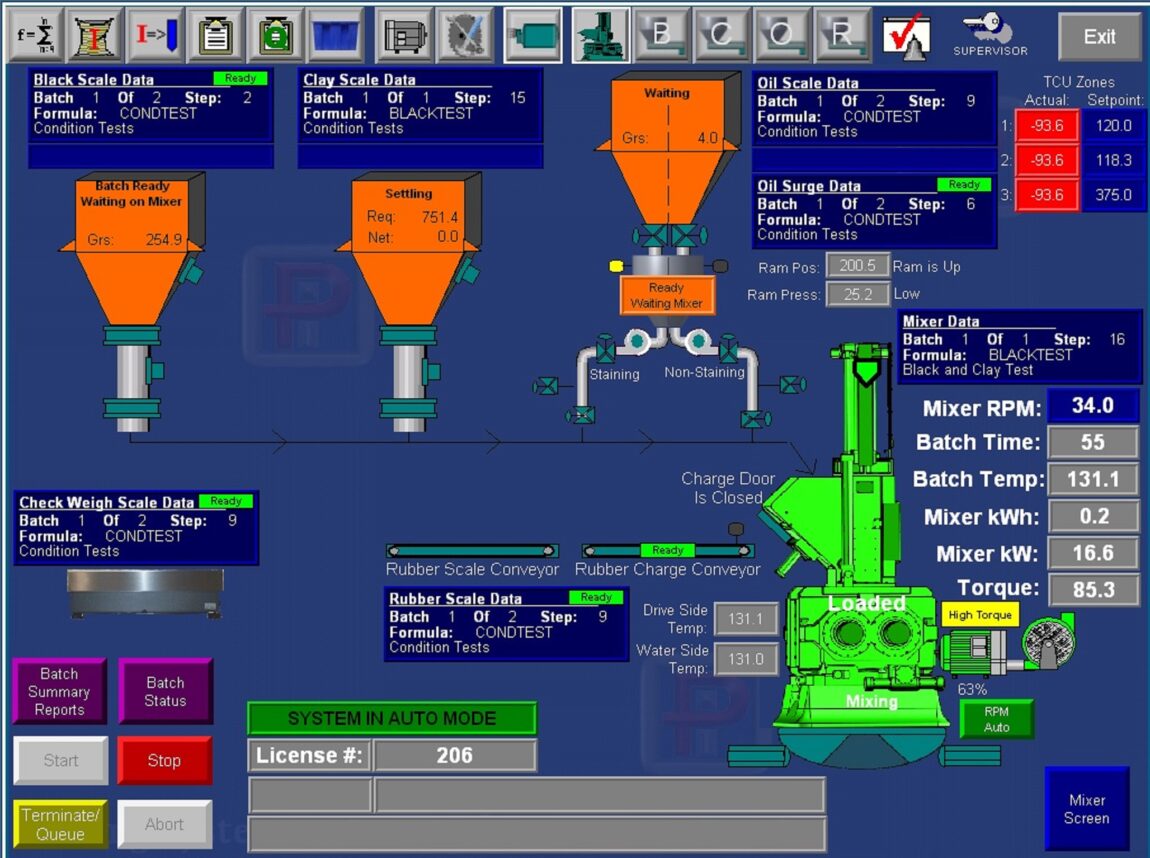 A critical step in most dry bulk batching manufacturing processes is mixing or blending.  Usually the mixing /blending together of various raw materials is done in a specific proportion in order to produce a final compound.  Mixing control is critical to quality and production efficiency.  One such industrial application example is rubber products manufacturing, where mixing/blending control for compounding is critical.

Most often to produce a rubber compound a combination of plastic resin (pellets, flakes, powders, or liquid) is combined with other materials, including liquids and bulk solid materials.  These materials require the accurate and efficient control of mixing/blending.  Sterling Systems & Controls, Inc. has introduced a customized system for a rubber compounding application, including mixing/blending control.  This system includes the automation of the mixing and batching processes, a bulk bag unloading system, and the electrical controls.

A specialty mixer is used for rubber compounding. The workhorse mixer of rubber manufacturing is the internal mixer, or Banbury (named for its principle inventor) in which heat and pressure are applied simultaneously. The internal mixer uses two interrupted spiral rotors moving in opposite directions at a set RPM, as required by the compounding process for the specific rubber compound being produced. The shearing action in the internal mixer is intense, and the power required for the mixing/blending operation can be quite high.

Mixer process control is required to produce the end product and is automated for optimal efficiency.  This is a part of the overall automation and process control system, which includes the mixing/blending process, main batching process, auxiliary batching, drop-mill process, extruding and cooling. 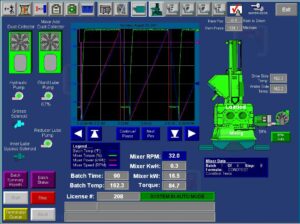 screen which shows all of the equipment associated with the mixer. From the mixing screen the user has the capability to control the mixer’s RPM on the formula being run, along with the capability to view the status of and control of related equipment. This screen also offers a data trending screen allowing the user to view batch temperature, mixer torque/power and speed.