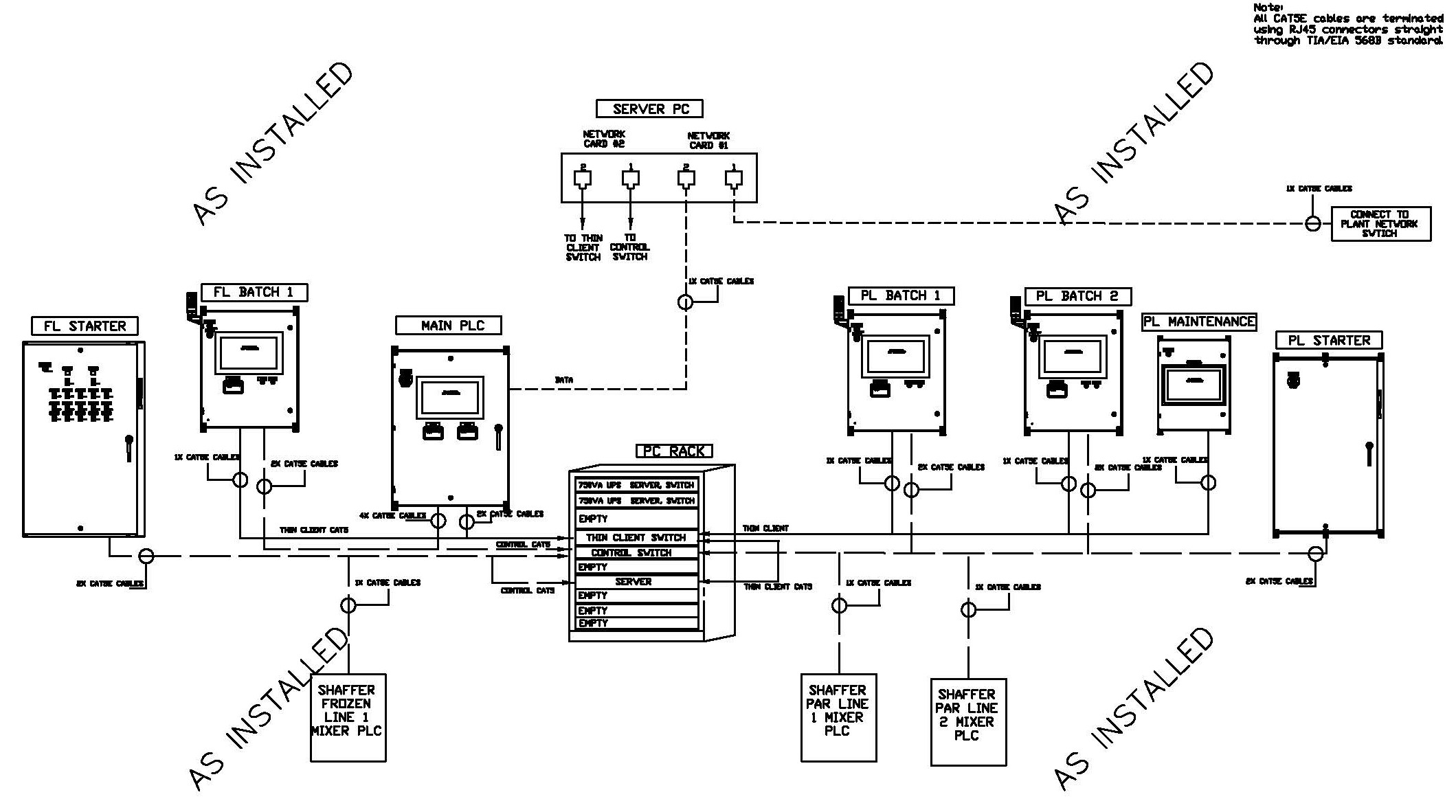 In this automated control system control panels are provided for the control of the batching system feeding both production lines, and individual control panels for both the PLC’s and the starters or VFD’s involved with the ingredient batching production process.  The system architecture (shown above) illustrates this and is just one example of a successful Control System for food manufacturing.

Some important functions of the system include The Recipe Sequence, The Ingredient Screen, Bin Assignment, The Lot Table, The Batching Schedule, Security Manager, The Batching Process and Screen, and Mixer Control.  Below are some example screens for these functions.

The Recipe Sequence is used to create, view and modify steps that define how a formula is made. 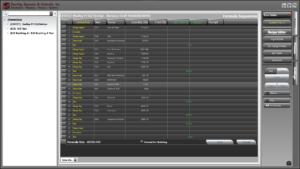 The Ingredient Screen displays usage and inventory data for all ingredients. As the batching control system runs the inventory is automatically reduced and usage increased. 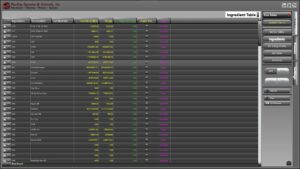 The Bin Assignment Table is used to associate an ingredient code with a physical location in the system. 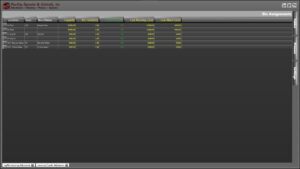 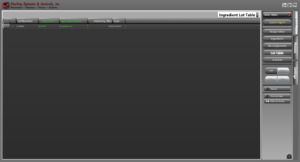 The Batching Schedule Screen defines what the batching control system should make when it is started. There is a separate screen for each mixer (if multiple exists), and the operator can choose which one to view. 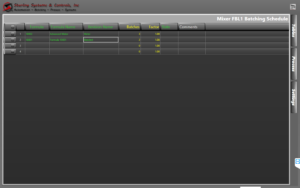 Access to the various functions and features of the system application are controlled by a flexible and powerful security system. The Security Manager can control which features or screens are protected and who can access those features and screens. 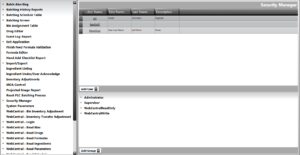 The Batching Screens provide a graphical display of the equipment used in the batching process. It is divided into multiple sections with each having its own dedicated screen. Detailed information that is specific to the sections may include equipment, batching status and other information.  Sections can include; Status Overview, Mixer(s), Scales, Loadout. 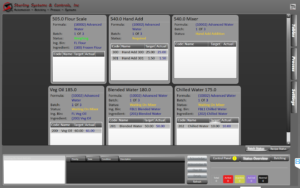 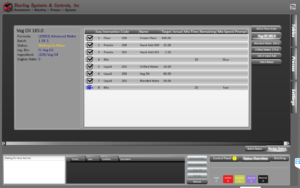 The Batching Mixer Screen shows the bulk material mixer and liquid ingredient metering (if any). 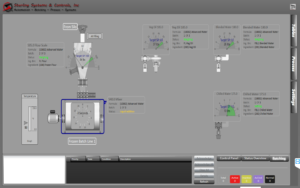 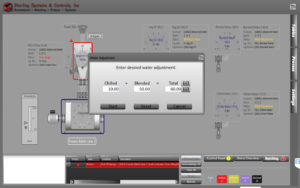 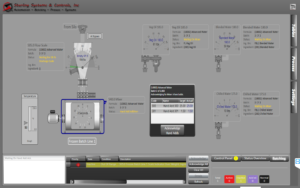 For further information about this or your very specific Batching Control System application please contact Sterling Systems & Controls at 815-625-0852 or email at sci@sterlingcontrols.com.