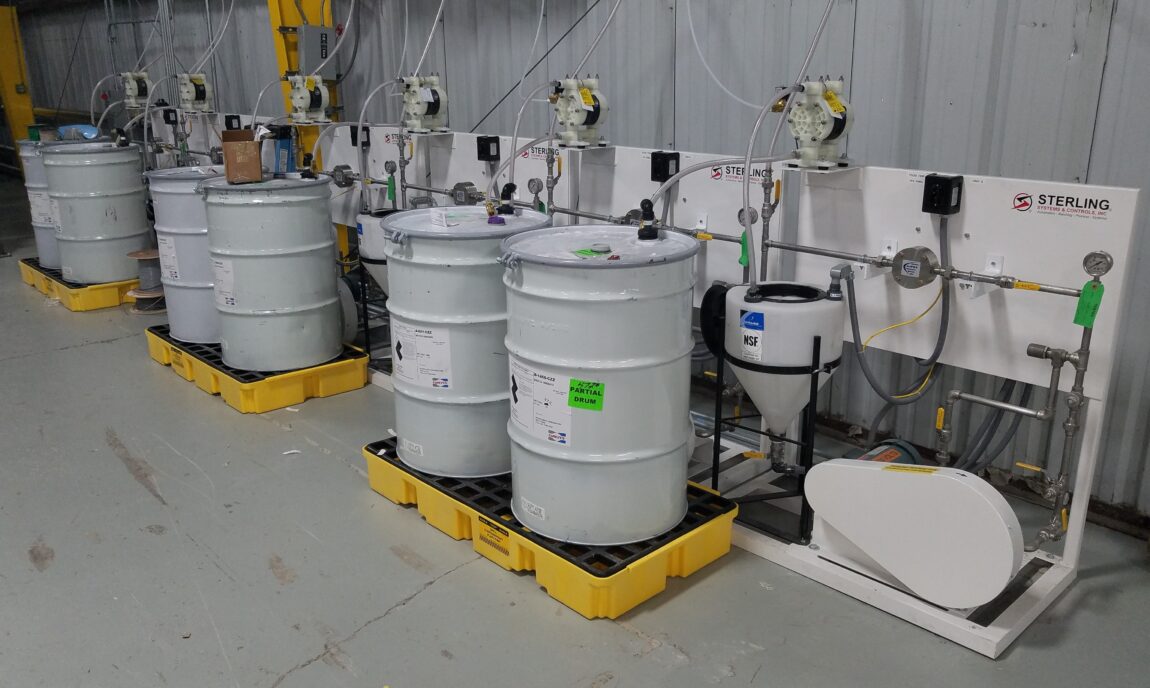 A recent application completed by Sterling Systems & Controls, Inc. required the injection of one of several colorants (sometimes referred to as pigments) into one of two mixers that combines a dry solid material, liquid resins and colorants.  Sterling Systems is capable of designing and providing liquid colorant dosing systems as standalone elements or as a part of an overall system. 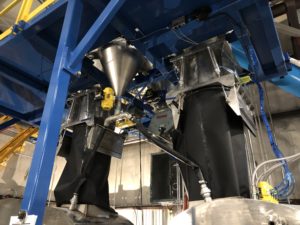 The overall system included a dry material and liquid batching system direct to one of two mixers.  Colorants were dosed directly into the mixers.  One mixer was a single color only, the second mixer could be dosed with one of five colorants depending on demand. 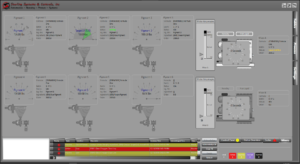 Allen Bradley and the operator interface was a touchscreen PC running a Sterling Systems customized Microsoft.NET software system.  The automation system displayed and controlled the entire batching and mixing control system, including the addition of the colorants.

The control valves on top of the mixers show where the liquid colorant is added to the formula mix.  Five (5) on one mixer and one (1) on the other mixer. Liquid colorant dosing is another capability of Sterling Systems. Dry material, liquid batching, mixer control … 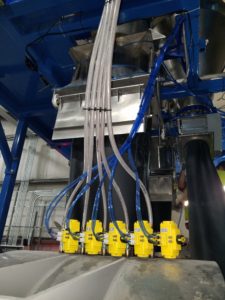 Sterling Systems is capable of delivering high efficiency Systems that increase your profitability.